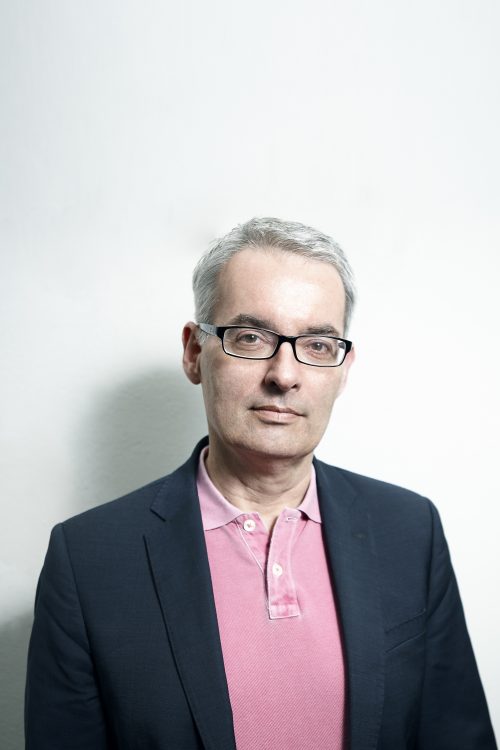 Renowned as an international classical concert pianist, this is a CD of Becker’s own jazz compositions. The 19 tracks sooth, mesmerise and surprise. They were all composed during the album’s recording in the Sendesaal Bremen. “I had a few ideas for pieces,” explains the pianist “then I just wanted to invent something completely new. I had one inspiration after the other and improvised in this beautiful, intimate and somehow generous hall.” The result is a collection of well rounded and varied musical gems.

Becker, professor at the Hanover College of Music and Theatre since 1993, sees connections between classical music and jazz. “Beethoven, Bach, Haydn and Mozart were all great improvisers in front of audiences,” he explains. “They saw it as part of their concerts. Moreover Beethoven began by improvising when writing his sonatas until they developed into musical constructions. This stopped around 100 years ago and so we have a museum-like idea of classical music.”

The pianist sees his new album as a return to these old classical methods. He began playing piano in this style as a 3 year old. “My parents were music teachers so we had a piano,” he remembers. “I didn’t want to read music. I improvised and I imitated what I heard. I came to see the instrument as full of possibility.  You can play every note and tone and you can metamorphose. You need a fantasy which goes beyond the piano.”

The tracks on this CD began with musical ideas and titles followed later. Becker gives a few examples:

“Pilotfisch [Pilot Fish] reminded me of a very small fish following a big one, nibbling and cleaning. I played one voice with the left hand, a very clear bass, and then a very small voice in the right. The music sounded like a big whale talking and the small fish replying – yes yes yes yes.

Elchtest [Moose Test] is a jokey idea that recalls the Mercedes-Benz stress test in Sweden, driving a car around obstacles. The left hand has to play a steady ostinato, while the right is improvising.

Kinderszene [Scene from Childhood] made me think of Schumann’s music, and I tried to imagine a child playing piano in its own naive way.

Barcarole is music played on a boat. There’s a very famous Barcarole by Chopin, which I don’t want to compete with. In my piece, the left hand moves as if rowing, very calm and steady, with a sigh. The right hand makes an excursion.

The whole album is called Freistil (Freestyle), as is one of its tracks. It refers on the one hand to the discipline in swimming competitions where you choose how to swim, on the other to being open to different associations between ‘freedom’ and ‘own style’.”

Becker’s new album is in contrast to some of his previous, prizewinning recordings. The pianist is a great fan of Max Reger, the 1873 born composer, and has interpreted the complete piano works on a highly regarded recording collection. “Reger’s profound and masterly music can be somewhat overfilled. I tried to find transparent structures that bring out its inherent simplicity. That’s the connection to my new CD Freistil,” explains Becker, who has also been deeply influenced by the great pianist and musical thinker Alfred Brendel. “… a man who can really talk about music, which is difficult. I met him when I was in my twenties. I gave him my first CD. He phoned and I was completely surprised. He invited me to work together and we became friends. He sees both the humour and seriousness in music, which appeals to me.”

Becker enjoys bringing jazz and classical music together in his concert programs and recordings. “In Kiev/Chicago I played  Mussorgsky’s Pictures at an Exhibition and jazz standards. I also work together with the jazz department in my college developing a project that combines Bartok sonatas with jazz improvisations.”

Becker has played with the Berlin Philharmonic, the NDR, WDR and SWR radio symphony orchestras, and the BBC Welsh Orchestra, amongst many other leading ensembles, under Claudio Abbado, Howard Griffiths, Michael Sanderling, etc. He has won three ECHO Klassik awards and a German Critics’ Choice prize. In Freistil the pianist has produced an accessible and captivating album that displays his thoughtfulness and virtuosity.