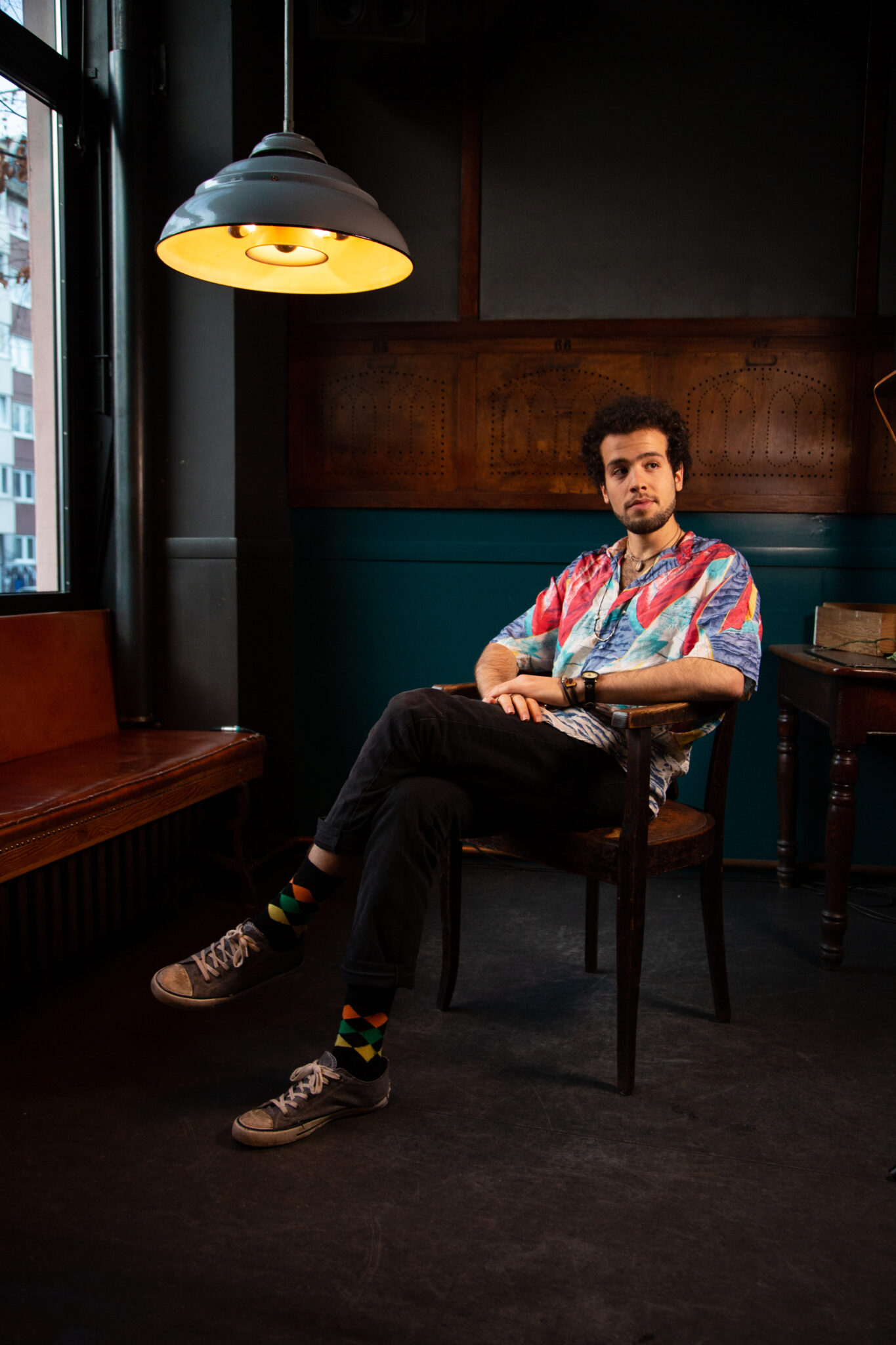 Tal Arditi’s new album Colors is released by BERTHOLD records in September 2020. The line up: Tal Arditi on guitar, Lukas Traxel on bass and Tobias Backhaus on drums. In this his second album, Arditi astonishes with his wide-ranging playing style and powerful compositions. The trio, a close musical and personal partnership, has produced a rich, original sound that blends jazz, rock, classical and Brazilian accents.

The Israeli born Arditi graduated in 2016 with a Jazz Diploma at the prestigious Rimon School of Music in Ramat Hasharon, near Tel Aviv. “I finished school and university when I was 18,” he recalls “just when my parents moved to a small village in Switzerland and they invited me to come with them. I was in Switzerland for a week, felt it wasn’t right for me, nice place with 300 people but very quiet. I’d been in Berlin a few years previously. I really liked the vibe. I packed up my stuff and went to the big city full of people from all over the world.. I had a feeling I’d never felt before.”

Once in Berlin Arditi’s virtuoso talent as a guitarist was soon recognised. He was invited to play at the A-Trane jazz club, where he recorded his début album Portrait. Arditi composed all of the tracks on the new album Colors. “I try to compose every day, it’s something I do, like eating, drinking, practising. I have maybe 500 ideas, skits, that I’ve recorded on my phone. I revisit and develop them and get new ideas.”

The album title reflects his complex playing style. “I’ve been exploring using guitar pick and three fingernails, so sometimes I have two or even three voices.” The track RDT World, which refers to the guitarist’s family name, well-displays his method. “It has strong rocky then quieter moments,” he explains and compares his method to playing J.S. Bach inventions on the piano. “I can play a bass plus another line which is rhythmically completely different. I didn’t come from a classical background. It just developed. I never thought I’d be a guitar player with nails, but here I am.”

Perhaps the most personal track is Eli, dedicated to Arditi’s grandfather. “I spoke to him on the phone and then decided to write a song for him. He’s now 96.  Quite an amazing person. Born in Paraguay, he moved to Israel in his 20s and became a doctor.”

The composer regards his songs and their titles as open to interpretation. “People think No One’s Land is about Israel and Palestine,” he says. “I guess it is. I grew up there, though not exposed to the real conflict. The land is not yours and it’s not mine, though my family and friends are there. But great people and great food and great vibes. I don’t remember why I wrote Hope but as a musician everyone tells you – don’t do it, there’s no money. But you hope. The same with Retreat which started as a pun, because the song is intense and not easy to play.”

Other tracks were inspired by places. After Lisboa was written following a trip to Portugal. New Year’s Light was animated by a stay in the Swiss Alps with a view over the end-of-year firework displays. Other Side reflects on the recent mosque massacre in Christchurch, New Zealand.

“I’ve been influenced by Jimmy Page, John Scofield, Pat Metheny and Toninho Horta,” explains Arditi “but I don’t listen to other guitarists in a jazz context, rather to instrumentalists such as Bud Powell, Keith Jarrett, and Brad Mehldau.” Arditi regularly performs at leading jazz clubs as well as the Umbria Jazz Festival, Xjazz Festival, Red Sea Jazz Festival, Fusion Festival and Open Air Keintal. In 2018 he was chosen to participate in the “Betty Carter Jazz Ahead” in Washington DC.

Sought after and highly regarded, Arditi, in recent press reviews, has been heralded as:

“…a brilliant guitarist, playing neck-breaking arpeggios with the speed of light… dazzling, but not flashy..”