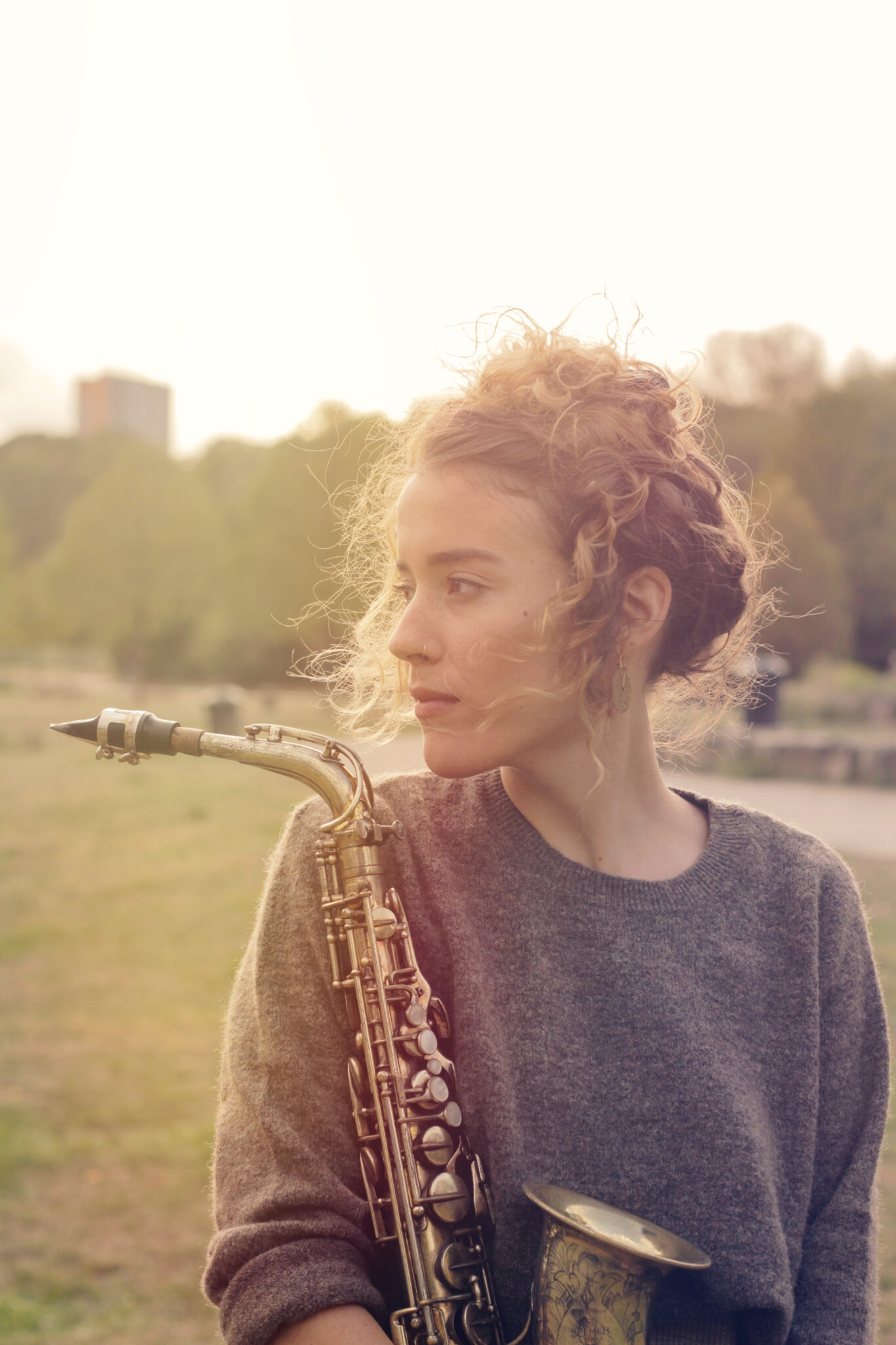 The Johanna Klein Quartet’s new album COSMOS is released by BERTHOLD records on May 21st 2021. The line up: Johanna Klein on saxophone, Leo Engels on guitar, Nicolai Amrehn on bass and Jan Philipp on drums. Klein, who also composed the music, has brought together a group of quality musicians based in Cologne. As she explains “they play with great energy and drive but are also sensitive and tasteful.” Klein’s own instrument, the saxophone, reminds her of the human voice. “It’s expressive and fills me with joy and emotion and love,” she says.

The album title was deliberately chosen by Klein to express the complex relationship between her music and her ideas. “The word cosmos works on three levels,” she explains. “It’s a Greek word meaning order – a complex and ordered system, as contrary to the word chaos, or freedom. The question is, how much do we determine and how much freedom do we give ourselves in our music? Second, the cosmos as universe, I’m inspired by the beautiful images of it that we see – colours, heavenly bodies, explosions in a vacuum full of magnetic and gravitational fields. Third there’s the micro-cosmos. the small world of human beings. In my imagination everyone has a micro-cosmos around themselves. In this album I want to present mine.”

The tracks musically represent these ideas. The composer wrote Flux to describe the element water. “The word in many languages means to flow and I wanted to write a piece that describes that movement. I wrote the guitar riff and the melodies separately – in two waves. We flow together through the melody and the riff.”

Juno refers to the space probe orbiting Jupiter. “When I see the pictures taken it fills me with a certain feeling that I try to capture.”

Phobos and Deimos relate to the moons of the planet Mars. “I like the sound of the words,” she says. “Deimos for example reminds me of diamonds or demons.”

Volkslied (Folk Song) is a piece for people that the composer had in mind, sitting together, living out their traditions. She uses her instrument to imitate how people talk, sing and celebrate. “To perform like a human voice,” as she puts it.

Eden refers to the Garden of Eden and the long conversations she had about it with her brother. The music tempts and tantalises.

Carpe Diem and Carpe Noctem (Seize the Day and Seize the Night) are contrasts in musical atmosphere. “The first is high energy,“ explains Klein. “It’s the way I spend my day, to get most of my stuff done and be active and carry out my routines – the riff of the bass stands for the routines. The second Carpe Noctem is about the night. People sleep and it’s dark, but it’s great for musicians to work at night and to capture its mood, smoother, calmer and more philosophical.”

Finis, is an older piece, short and classical in style. “Every instrument has its own melody, entangled and interlaced. A good simple piece, not typical jazz, almost Baroque. A good end.”

Klein composes whilst walking, singing – she is also a fine singer – and often captures her ideas on a mobile phone or piano. As a saxophonist she does not see herself as “super loud and super virtuosic,” but she certainly plays with subtlety and power. Klein is influenced by Andrew D’Angelo, Christian Weidner and Ornette Coleman and sometimes is compared to Paul Desmond.

Not afraid to cross the boundaries from jazz to rock and classical music, Klein and her Quartet have won the 2019 jazz@undesigned award. This has given them a stipendiary which has helped them develop, perform and record their music. This resulting album, “ultimately a democracy of collaboration with my fellow musicians” is a wonderful blend of thoughtful, sophisticated and highly entertaining music.

Most Beautiful Song In The World