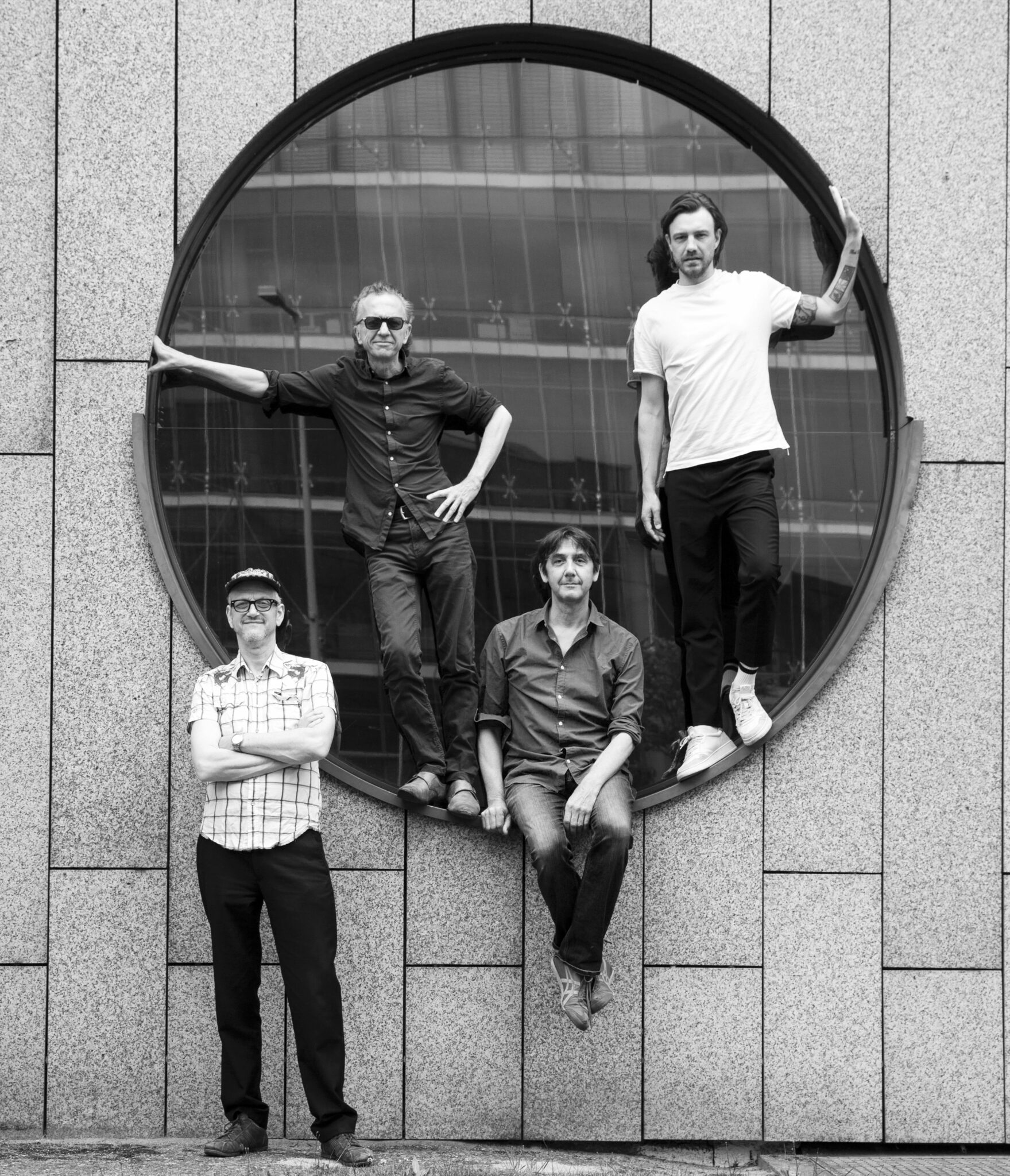 The DIPLOMAT quartet’s debut album Dem Deutschen Jazz [To German Jazz] is released by BERTHOLD records on October 28th 2022. The line up: Mathias Ruppnig on drums, Johannes Fink on cello-bass, Gerhard Gschlößl on trombone and Felix Wahnschaffe on saxophone.

The album title Dem Deutschen Jazz, also the name of one of its tracks, is a homage to the strength of the contemporary German jazz scene and there is no doubt that this new album does it great credit. DIPLOMAT’s music oozes creative quality, whilst displaying a deceptive lightness of touch. It can also bring smiles to the faces of discerning listeners with its humorous references to a range of jazz influences, not least bebop and swing. “It has much to do with Berlin, where we’re based,” says Ruppnig. “People here don’t like to be boxed in. It’s about consciously breaking the rules, whilst getting the right balance between jazz tradition and avant-garde. It’s typical Berlin. Quite a contrast to what you hear in other German cities.” Gschlößl adds “it’s also a free-spirited non-academic approach to music, even though we all come from academic backgrounds.”

The tracks are all new compositions written by the band members. For Gschlößl, who wrote Dem Deutschen Jazz and Rot in Weiß (Red in White) the titles are not that important, though he admits to writing Rot in Weiß, “a counterpoint between the horns and the rhythm section,” in answer to Rot in Blau (Red in Blue) by Fink. The cellist/bassist (who according to the Süddeutsche Zeitung plays “with a dry tone, always a little provocative”) explains that “one can recognise the meaning of Rot in Blau when you hear the piece: the theme (melody) is red, the accompaniment (rhythm section) is blue.” Fink also composed the tracks: JID – “that means Jazz in Darmstadt, I wrote it for a concert at the Jazz Institute there”; Gospel No. 2 – “a piece from my gospel series, one day I thought of making a recording only with gospels and blues”; Lacy, – a homage to Steve Lacy, and; No. 377/378 – “I ran out of titles so I gave them short-term numbers.”

Gschlößl, whose trombone playing is subtle and exemplary, prefers to see the creative process as collective. “Somebody brings a melody, or chord changes, or the rhythm,” he explains “then the quartet takes over and makes something out of it, so everyone is composing. I don’t like it when someone says, this is my tune and we have to do it this way. We are a democracy. There’s very little information on paper. We have a lot of freedom and everybody can interpret the music.”

Wahnschaffe, the only “Berliner” in the group, who wrote Rhythm in As-Pik (Rhythm in A flat – Spades) and Hauptsache F (Essentially F), is a virtuoso on the saxophone. Ruppnig says of him “like me his playing is rooted in the African-America jazz tradition. As the youngest, I learn all the time from him and the others with their greater experience.”

The quartet loves to play in the many small Berlin jazz clubs such as Sowieso and Donau 115. “If you go there you see lots of young people,” says the drummer “also typical Berlin.”. Where will the band be presenting their new album? “Certainly in and beyond Berlin,” says Ruppnig, who organises the group and its concerts. His drumming and his “comprehensive musical understanding” (Jörg Weitlander, Concerto), underpins the quartet.

The four musicians, who have already performed world-wide in some of the most highly regarded jazz venues, see themselves – as their band name implies – as diplomats for German jazz. One could not ask for better representatives.