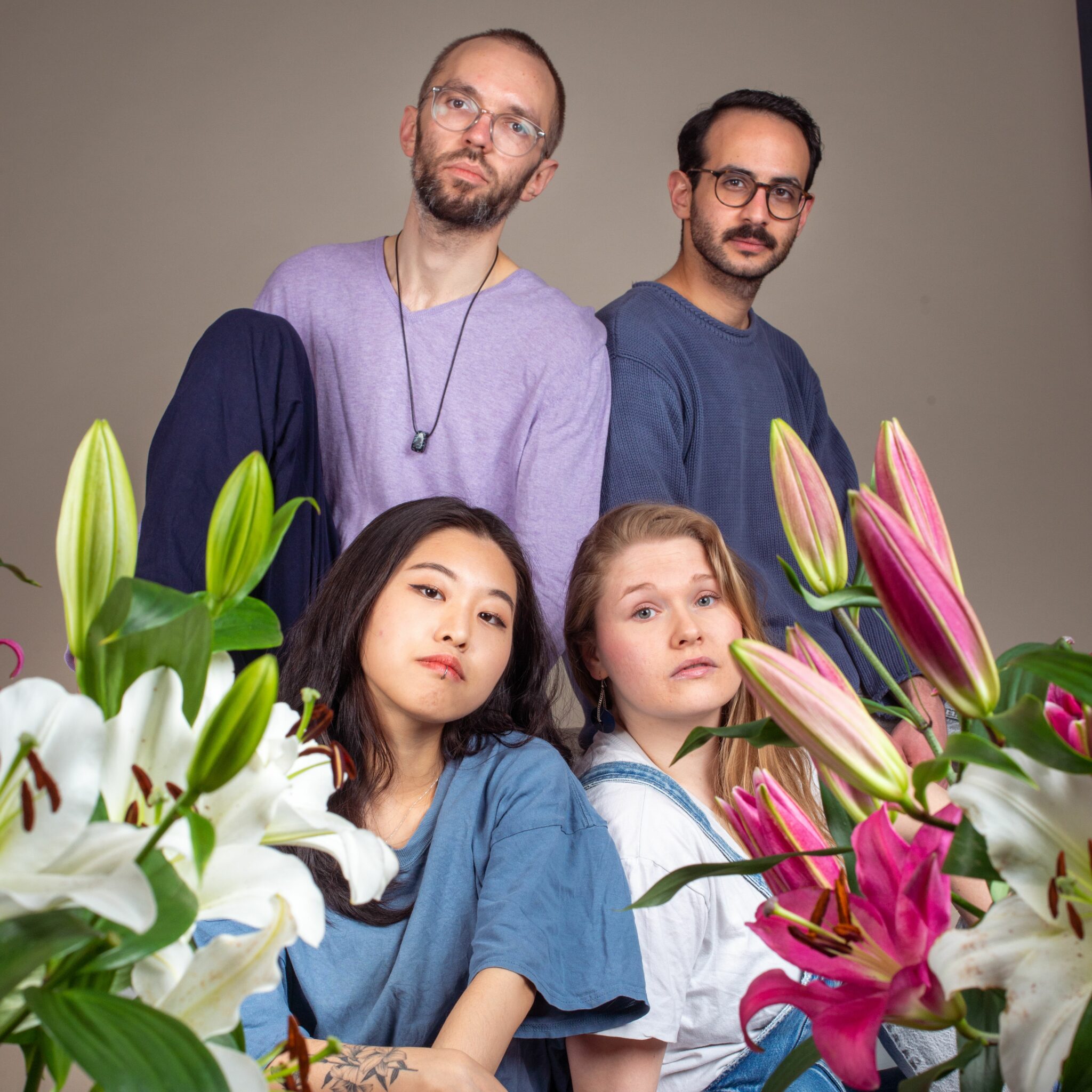 Harju is an original and accomplished trumpeter and singer. She excels at both. “I didn’t choose the trumpet, the trumpet chose me,” she recalls. “I wanted to play everything else, particularly violin, but as a kid I made mistakes in the music school exam, I was so nervous.” She was put into the wind department, given a pocket trumpet and soon found she could play beautiful melodies. She also sang. “My friends said I was too loud but I loved it. I was in choirs and vocal groups at school. Later I heard Chet Baker and realised I could combine the two.”

TOIVO (also the title of one of the tracks) is the Finnish word for hope. According to the band “the music brings together the confusion of the current international situation with desire for unity and hope, in a musical tapestry. It expresses influences from melancholic Nordic atmospheres and landscapes, minimalism, folk and indie pop, as well as jazz artists like Mathias Eick.”

The melodic idea for the track Distance Song was already in Harju’s mind in Finland before she moved to Amsterdam to study in the conservatory, where she met her fellow musicians. “Then it became a song about homesickness and distance,” she explains. “This is reflected in the changing tonality of the music.”

I Wish You Could See My True Nature begins with the drone of a bowed double bass, duetting with Harju’s almost breathless, sensitive voice. “The inspiration was the book – The Things You Can See Only When You Slow Down, by Haemin Sunim,” says Harju. “I was reading it during the pandemic. It’s very philosophical and leaves a lot open. There are no answers. Even I don’t know my own true nature.”

Muiden Käsissä “is a Finnish title,” explains Harju “which means – in the hands of others – it’s about not being in control or dependency.” Paradoxically the lyrical music on this track displays Harju’s masterly control as both singer and trumpeter, in perfect, complex balance with piano, bass and drums.

Of the songs written by Nagel, Once To Scar Me For Life got its title from a poem given him after a meeting a stranger. “The brief encounter,” he explains “was casual, but it triggered thoughts about this person and our lives in general. This song is about taking risks. Just go for it. Just once, to scar for life.”

Nagel’s song Maybe tackles self-image, and “the way we manipulate our bodies – dream fantasies. The body as designed or sexualized object. The song starts out in a funky rock groove, sounding cheerful and innocent, then becomes satire, when it suddenly changes to a swing rhythm mocking a showband.”

Phlegmatic Escapism “draws you into a flow state,” explains Nagel. “The feeling of time is stretched by continuous repetitions of a dull and mellow melody. The song hovers unimpressed over the busy beat, in a dream state. Like looking out of a train window, seeing the countryside flying by endlessly. Then suddenly a big shift, an intermezzo reminding of folk and country music from a different, bizarre dream world, with distorted echoes and a futuristic retro charm, which eventually merges back to the initial flow. It’s about trying to escape our hectic everyday routines and information overflows.”

Inventing Memories also a Nagel song “is about idealising the past. I have mostly good memories of Berlin and other placed I’ve lived, my childhood, ex-girlfriends. I know that there have been many problems and good reasons why I moved on. But the memories give the illusion that it mostly was all good – inventing and reshaping the past.”

Harju sees her band as a collective.“Discussing and deciding things together as much as possible is important,” she says “but there also has to be a leader.” She loves the poetry of Jonathan Nagel’s ideas, but also respects his musicality and versatility as a bass player. She is very grateful to have the pianist Jetse de Jong on the album as he is in much demand on other projects. “I love his diversity and it’s effortless to work with him,” she explains. The drummer Yoad Korach “has worked on a range of projects. With each new one he incorporates all the different ideas, to create a fresh and unique style.”

“Melodious, with some harmonic surprises, overall very mature for such a young band. […] The vocals add a magical atmosphere,” Hans Invernizzi for Jazzflits;

In their new album TOIVO, the Kollektiv moves up a notch and confirms its great potential.