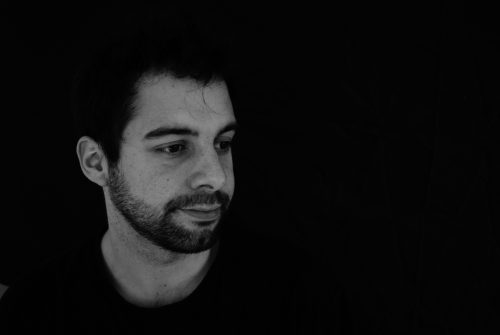 Unknown Past, the new intriguing CD by the Xavi Torres Trio is released by BERTHOLD records in June 2017. The line up is: Xavi Torres on piano, Joan Terol on drums and Vic Moliner on bass. All Catalonians, Xavi andJoan are now based in Amsterdam. Vic still lives in Barcelona. Xavi Torres, the driving force behind the trio, composed all the music. It is dynamic and adventurous, with strong attention to detail and played with virtuoso precision and verve. “My composing changes a lot depending on the situation,” explains Xavi. “I wrote Hopeat a specific moment in my life, it just kind of appeared by itself, out of nowhere. The feeling of hope gives you energy. I was writing during a stormy moment of my life. This track has an intimate vibe.”Unknown,by contrast, as with most of the tracks on the CD, is more driving and experimental. Xavi says, “I was trying to bring us to where we had never been before. With the whole album I tried to move on, to write and approachthe music in a way that was not what we were used to, not natural, bringing us into the unknown. I was forcing myself and the band into an uncomfortable place, musically speaking, so that something new and exciting would appear.” This “uncomfortable musical place” makes for great listening and is forward looking. Xavi though is fascinated by history. “Unknown Past is a dual concept that inspires me a lot,” he says. “It’s what happened in the past that we don’t know, that’s been lost. The other meaning ismore dreamy. The known past, but what would have been if something had been different.” Xavi’s career path indeed could have been taken another turn. He was an outstanding tennis player as well as a brilliant young pianist. He felt he had to make a choice. He chose music.

“I was kind of obliged to get into music,” he recalls. “I don’t come from a musical family but they are very culturally oriented. My older sister played the piano, so I said, I can also play the piano and eventually I loved it. I startedplaying classical music, and when I was ten or eleven, blues. Then I was attracted to jazz.” Influenced by amongst others, Miles Davis, John Coltrane and John Lee Hooker, Xavi explored jazz together with the trio’s drummer Joan Terol. They knew each otheras teenagers. “Joan comes from my home town,” explains Xavi. “I learnt with him the rhythmic approach to jazz, the swing, the language.

”The dampening effect, culturally and politically, of the totalitarian Franco period and then the release of energy inits aftermath in Spain, particularly in Catalonia, left traces on the trio. “The death of Franco, in 1975, didn’t affect me in a direct way because I was born much later, but my father was really active in the protests. Barcelona has a strong tradition ofdemonstrations and revolution. There is an enthusiasm for things, people can be extrovert. That comes through in the music. It’s spicy you can say.” Nonetheless, the trio relish the musical vibrancy of Amsterdam. Xavi says, “by comparison, Barcelona has agreat scene, but it’s more local. In Amsterdam you have musicians from all over the world.

”The trio have been invited to play concerts in leading Dutch and Spanish jazz venues, and beyond. In June 2016 they won the prestigious “Dutch Jazz Competition”. In the opinion of the jury at the final in the Bimhuis: “They had a lyrical technical and rhythmic superiority, with a huge potential, energy and interplay. Harmonically sounds very interesting, with lots of fun moments. An exciting and surprising musical history.

”Harmen Fraanje, the Dutch jazz musician wrote: „Xavi Torres is a fantastic pianist, and the leader of a great trio. They make it seem remarkably easy to catch the vibe of the moment and follow the direction of the music. The band combines elements of adventure with solid trio playing, while constantly demonstrating a high level of joy and dedication.“ You can enjoy all these elements in their new album Unknown Past