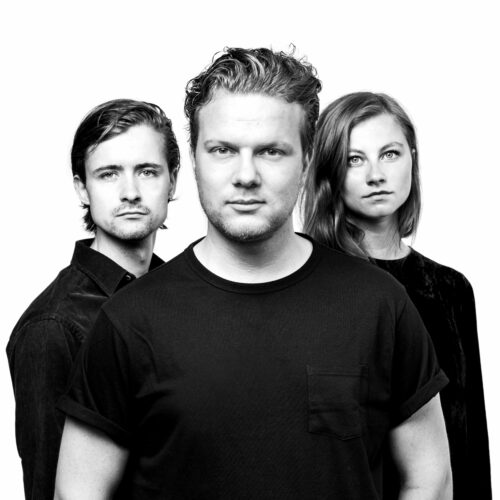 The art of sharing and growing. Simply taking unselfish joy in anotherperson’s happiness and good fortune. It provides inspirational nourishment that enables you to embrace the world revitalized, time and time again. Mudita they call this in the East. An inner wellspring of infinite joy that you can always draw from.
It is the same source that the Dutch trio Mudita takes inspiration from.
The ensemble consists of singer Sanne Rambags, pianist Sjoerd van Eijck and trumpeter Koen Smits. Young musicians whocherish silence, juggle melodies and renew musical harmony, finding its rapture in the pristine beauty of nature.
Mudita’s poetic urge to explore, ever since theymet at the Tilburg Conservatory, has not gone unnoticed. For their debut album Listen To The Sound Of The Forest (2018) the trio received an Edison. The Edison is one of the most important Dutch music awards, and Mudita won in the category Jazz/World, National Vocal Jazz.
For their second album, titled Nature of the Netherlands (2021), the trio was inspired by the 21 National Parks in the Netherlands and, enchanted by this impressive journey, developed 21 new pieces. “Tous, nature is the greatest source of inspiration for our music. Putting the 21 National Parks of the Netherlands to music was a great experience. We have experimented with new sounds and ideas.”
The plan was to do a series of release concerts at several National Parks to perform the new album live where the inspiration for the album was gained.However, because of the pandemic and continuous periods of lockdown, this got cancelled.
But even in desperate times good things happen. Berthold records invited Mudita to come to the Sendesaal in Bremen and record live for a broadcast on Radio Bremen. From this session, March 18th 2021, now comes To the West.
A mesmerizing live recording with a compilation of songs from their two albums offering the listener the very best of their competences.
The true musical nature of Mudita cannot be pinned down to just one genre. The trio boldly colors inside and outside the lines, with a resolute focus on their own world music. Mudita takes the listener on a sonic expedition through warm-blooded, melancholy dreamscapes and unexplored byways. Sometimes minimalistic in tone, sometimes exuberant and seductive.